VICTORIA, British Columbia - May 13, 2021 — Today Dcode featured HYAS in a new report that highlights 36 emerging tech companies that are fully Vetted for Federal™ and well positioned to work with the U.S. federal government. The report focuses on tech areas that Dcode is seeing strong demand for across federal agencies.

For each of the tech areas, the report shares real examples of government use cases that the companies could support. The U.S. government spends tens of billions of dollars on tech each year, yet still struggles to find the best emerging tech companies to work with. Federal agencies must leverage our nation's commercial innovators to better serve Americans and stay competitive globally.

“These companies are not only cutting-edge, they also show government viability,” said Dcode CEO Meagan Metzger. “At Dcode, we evaluate companies according to a rigorous vetting methodology to ensure they are a good fit for the U.S. government, including the national security community.”

“In our ever-changing world, even governments and government agencies are not immune from the onslaught of new challenges and struggles posed by evolving work models, increased attack surfaces, and complex cyber attacks. Our goal is to give security personnel at all levels the confidence to move forward by helping agencies stop adversaries before they get started, put attackers out of operation, and move beyond traditional defense. Dcode’s recognition and validation will help us to further assist Federal agencies in achieving their cybersecurity goals,” said HYAS CEO Dave Ratner.

Through its federally focused acceleration program for emerging tech and suite of government offerings, Dcode connects the tech industry and government to drive commercial innovation in the federal market. While finding emerging tech can be easy, Dcode’s report is a response to how hard evaluating and equipping tech companies for success in government can be.

HYAS, a First Nations word meaning “great and powerful,” is the world’s leading authority on cyber adversary infrastructure and communication to that infrastructure. HYAS has constructed what is arguably the world’s largest data lake of attacker infrastructure including unrivaled domain-based intelligence. HYAS leverages its infrastructure knowledge to deliver a generational leap forward in cybersecurity. HYAS provides the industry’s first security solution that integrates into an organization’s existing security technology stack to proactively detect and mitigate cyber risks before attacks happen, and to identify the infrastructure behind the attacks. Threat and fraud response teams use HYAS to hunt, find, and identify adversary infrastructure while enterprises can proactively block both known and not-yet-launched phishing and ransomware attacks at the network layer. For more information about HYAS, visit https://www.hyas.com. 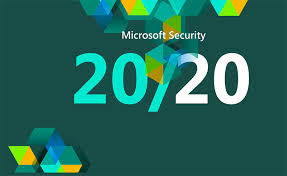